Beloved masters, the searchlight of the Soul flows in two directions—inward for illumination of the physical heart and mind, and outward to en-Light-en the upward spiraling path of humanity’s release from the dense reality of the Third/Fourth Dimensions.

A Soul-infused personality automatically develops a burning desire to share their en-Lighten-ed higher truths with others. The LIGHTED WAY is the bridge between the human material world and the realms of Spirit. A trained, disciplined…

EVIDENCE OF HUMANITY'S SHIFT OF CONSCIOUSNESS

Now that everyone has had a few weeks to assimilate and evaluate through their own personal experience the most powerful influx of Light the World has ever known, I would like to share with you some information from On High that may enhance your understanding of what has actually taken place. The Beings of Light in the Realms of Illumined Truth said that the Portal of Light that was opened during the amazing Eclipse Series in September 2015, and the Collective Cup of…

Evolution of the Bodily Form and Ascension in Consciousness

Evolution of the Bodily Form and Ascension in Consciousness
Transmitted Through Ronna, LM-10-2015

Beloved masters, the collective consciousness of humanity is striving to acknowledge the extreme duality that permeates the Earth. Each and every person, at some level, is fighting the battle to attain greater Self-awareness, which must include embracing both the Light and shadow side of Self while endeavoring to return to…

When life beckons beyond the known horizons.... don't hesitate, don't look who is there to explore with you, nor what is there holding you back.
It is only by leaving behind all that is known, and being willing to step more fully into the adventure which awaits, that the ultimate portals of life open up.
As long as one clings onto anyone, anything, any place, one cannot truly find.
For there in blue wild yonder…

As the days move forward there will continue to be more weather anomalies as the Earth strives to bring balance within. There are many ancient energies that were buried in the past now being brought to the surface. These are recognizable as feelings of sadness, anxiousness and worry, for in the past, many were the people who lived in constant fear, for their lives were not their own. They were subjugated and literally owned by others who…

You Can Do It!

Whatever is calling, drawing, leading you forward right now into the New is doing so for your absolute Highest Good, and that of everyone else in your life.
You absolutely have the capability and strength to make these changes and to go where Life is taking you next. You really can do it, despite the intense, gut-wrenching fears and anxiety about what your life will look like if you follow your intuitive heart.
You must do it.
There is no…

In this interview Erica Tucci shares how you can:

RESURRECTION SUNDAY - THE CELEBRATION OF EASTER

Humanity and ALL Life evolving on this sweet Earth are in the midst of the most powerful Eclipse Series we have ever experienced. This extremely rare Celestial alignment began with the Super New Moon Solar Eclipse and the Equinox on March 20, 2015, and will be exponentially expanded during the Passover Blood Moon Eclipse on April 4th and the Celebration of Easter on Resurrection Morning April 5, 2015.
On March 20th, through the Celestial…
Continue

The Power of Cosmic Activity

Every time there is activity in the cosmos, we rise a little higher in vibration and consciousness. As you know, consciousness is the knowing that you are Divine. To the extent this is Truth; or not Truth; for you is how your life goes. And yet, there is opportunity after opportunity to discover Who you are. This is the Soul’s wake-up call to you; sometimes the voice is loud and sometimes soft. It all depends on you. Are you listening or do you need a harsh wake-up call? This past…

How to Improve Your Life and the World

When the quality of our thoughts, emotions and actions improve, conflicts will reduce and efficiency improves. With this, our life, society and the world will be a better place.

Divine Light can be accessed by intent, Meditation and by extending our Awareness. It can help us in every way at the individual as well as the global levels. To be the change we want to see in the world, Light Channelling is the simplest and fastest way.

"In the higher-dimensional world outside Lyra everything is light.
Many creatures are coming to you from these worlds. They will be two prepare you for your higher purpose and destiny path to your soul. "

He put the key in Essayenya right hand and supported it with her left.

"Say these words three times. These words are said in the language of the higher ones from…

The Physical Body and the New Reality

As the deep shifts occur, your Physical Body will begin the process of adapting to the New Reality and the Higher Consciousness Grids. There are two processes involved here. The first is a very deep cleansing and throwing off of anything that is heavy, low frequency, toxic and limiting to you and others. You may notice your body seeking changes, in diet, exercise, sleep patterns and ways of expression. This process of "clarification" is necessary for…

THE VOID BEFORE THE OPENING

The void before the opening is much like “the darkest night just before dawn,” but with a multidimensional twist. The difference is that the void will offer you as many possible realities as you can imagine. In fact, the only limitation to the myriad options of reality that you can experience is your own ability to trust your imagination and KNOW that imagination is fifth dimensional thought.…

We Are Light Beings

We are multidimensional beings, each of which shines our unique facets.
Think Light, be Light, absorb Light and you will connect with the Light that you are. Do this consciously, take time and become aware of what you are doing, meditate on it many times during each day. See Light radiating out from you, see your whole body lose its dense form and become transparent and filled with Light, feel yourself able to walk on air in a weightless state. Do…

Many of you are finding the adage “know thyself” as a common theme that is shared by all at this time in one form or another. The fine tuning and recalibrating is still taking place and now you look ever more closely within yourselves to look at all the patterns you have played out throughout your lifetime and are now willing to face self in all its many facets. You are willing to take full responsibility for all that has shown up in your lives. You know you are the one…

2015 Was Birthed In A Star Burst of Light

Beloved Mother Mary is an exponent of the Feminine Aspect of our Omniscient, Omnipotent, Omnipresent Father-Mother God, the Cosmic I AM, All That Is. She represents the Divine Mother Principle on Earth, and she has accepted the responsibility of holding the Immaculate Concept, which is the Divine Blueprint for the Ascension in the Light of every single person on Earth. In order to assist us with the critically important and unprecedented process of transforming our Earthly Bodies and…

Your Light Cloak of Many Colors Awaits You

Beloved masters, as the Age of Pisces fully fades into the past, there is a new system of rules and Universal laws which will now apply to all emerging Spiritual/Human Beings. A new, expanded cycle of Creation is in progress, and all of you who are striving to attain a unified state of consciousness will be designated as advanced cocreators of the future. As anempowered Bearer of God Light on the physical plane of existence, your new Divine Mission is to assist in the expansion of…

Life is a creation, not a discovery.

You do not live each day to discover what it holds for you, but to create it. You are creating your reality every minute, probably without knowing it. Here’s why that is so, and how that works.

1. I have created you in the image and likeness of God.

3. You are three beings in one. You can call these three aspects of being anything you want: Father, Son, and Holy Ghost;…

This entire month is preparing us for an even more powerful next year. The 12-12 Gateway is just one more step of Power into being our Authentic Selves. Actually, there is no break between portals and gateways, yet they do offer a time in which to place our intentions and focus. Depending on where you are in your Ascension, this feels either freeing or challenging. The ‘freeing” is for those of us who have done the work along the way. The “challenging” may be for those who are…

"Decision Time * The Future is Now"

Beloved masters, never before have you had such a wondrous opportunity to serve humanity and the Creator. You are at a crossroads in your evolutionary process, for the world you have known in the past is slowly fading away. As Divine Sparks of the Creator, you were given a great gift, a treasure chest of Creator Essence to use in any way you desired.… 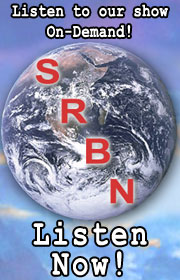 Listen to my Guest Interview Below 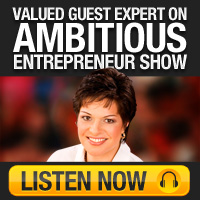 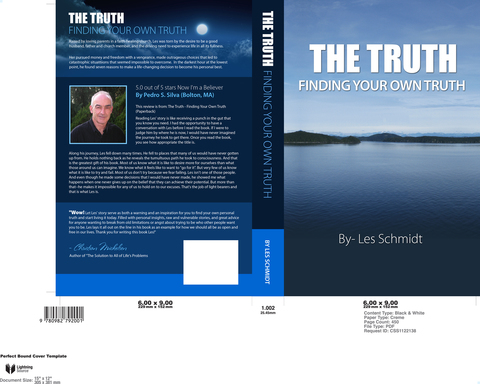 EVIDENCE OF HUMANITY'S SHIFT OF CONSCIOUSNESS

Evolution of the Bodily Form and Ascension in Consciousness